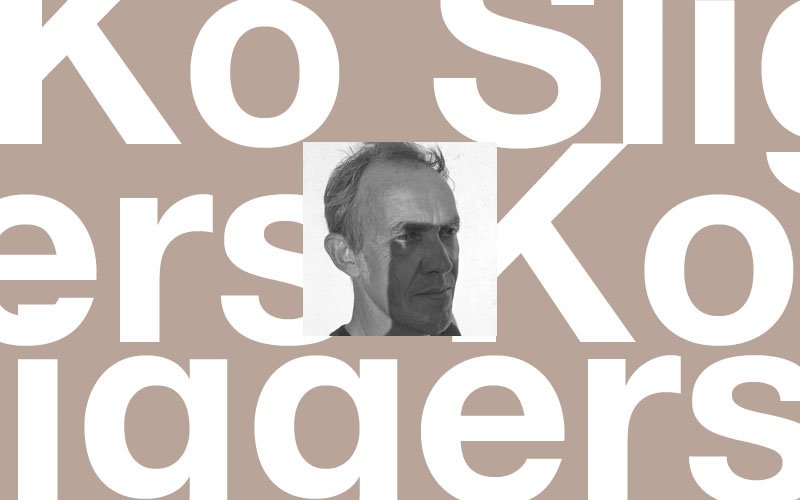 Around 1980, Ko Sliggers was one of the iconoclastic young designers who contributed to what has become known as the ‘Dumbar style’.

After two years at Studio Dumbar, Sliggers worked as an independent designer, became a professional cook in Rotterdam, Italy and France, switched back from food to design, collaborating with Jan van Toorn for the Delta Expo, designed the first Rotterdam Foto Biënnale exhibition, designing post stamps and books, theater posters and exhibitions, producing challenging visuals at Studio Anthon Beeke and, in 2002, set up a one-man studio in Lalleweer, in the northern province of Groningen where he started his font foundry dutchfonts.com.

In 2007 after the release of his book ‘Sus domesticus, the pig on your table’ he went to France to set up a restaurant. From winter 2008 he lives in Italy where was a chef on the island Lipari, teaches graphic design at Abadir academy, designs his fonts and collaborates with design studios. His cookbook ‘cooking between volcanoes’ will be published in the autumn of 2013.

‘Although he was trained by Chris Brand at the St.Joost Academy in Breda, Sliggers is not part of the Dutch tradition of literary, historically inspired type design. Sliggers’s work has always stood out for its energy and unconventionality.’ (Jan Middendorp in ‘Dutch Type’)