Accueil The Tile Club Paul L. Cejas school of architecture: architecture in the service of education 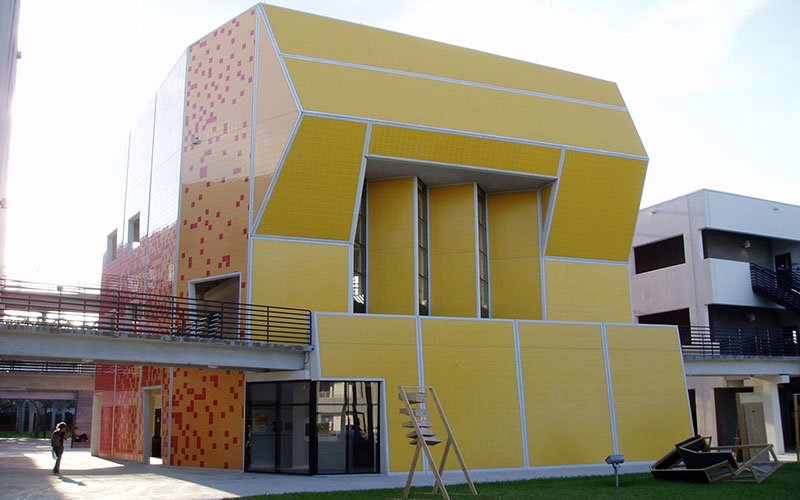 If the desire is to train future professionals in the best possible way - that is to say to provide them with the mental agility that is at the basis of the capacity to intertwine innovation and creativity - then universities, in the 21st century, can no longer offer excellent education in functional rooms and labs. A new, forward-thinking education should be provided in new architectural spaces, fluid environments conceived to foster the informal confrontation amongst students, hence starting dynamic processes that are at the basis of the interaction between different cultures and experiences. This concept has always been at the center of the work of Bernard Tschumi, world famous architect and theorist of architecture. And such concept is very clearly visible in the Paul L. Cejas School of Architecture, designed and developed by Tschumi and opened in 2003.

The new campus lives between two poles. On the one hand, the neutral, straight wings that draw the perimeter, closed inside the smooth, compact surface of the cement panels, that host classrooms and offices and provide a sense of continuity of education. On the other, the two irregular volumes with their strong visual impact and bright colors, located in the middle of the grassy central playground and hosting an auditorium and a cafeteria, an art gallery and a faculty library. These “social generators” as the architect himself defines them, are places that foster encounters and exchange of ideas between students, professors and citizens.

The two pavilions, with their complex and multi-faceted geometries, are visual reminders of pyrite crystals and are covered with a shiny surface of ceramic tiles, featuring different tones of red, yellow and orange. The use of square 20 x 20 cm tiles of the SistemC series by Marazzi, installed with wide joints, has allowed for the creation of a different texture according to the areas to be tiled, and obtaining a sort of “pixel” look. Ceramics were an optimal choice  in comparison with other possible wall coverings. This is not only due to its high resistance but also for its capacity to provide excellent technical qualities within a limited budget, as well as a very high aesthetic impact. 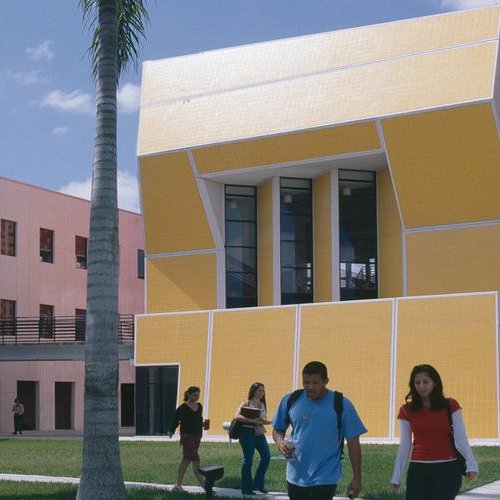 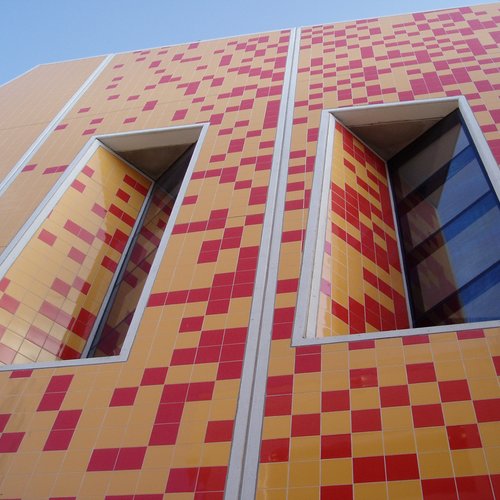 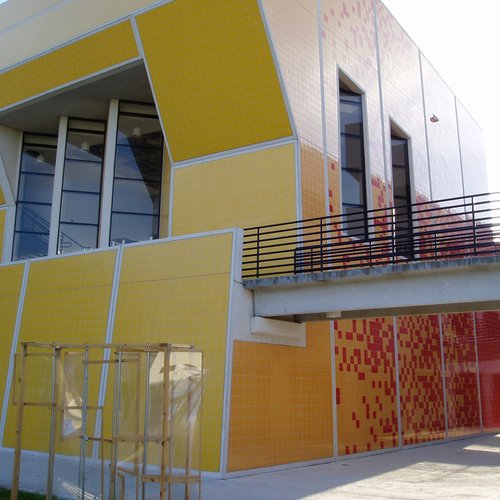 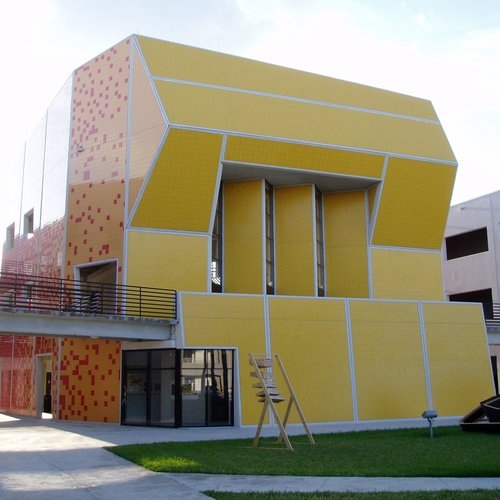 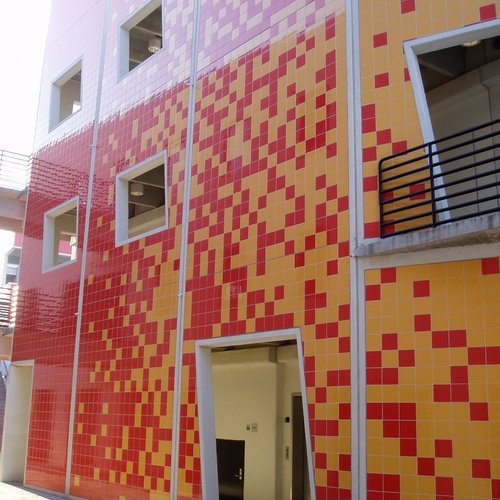 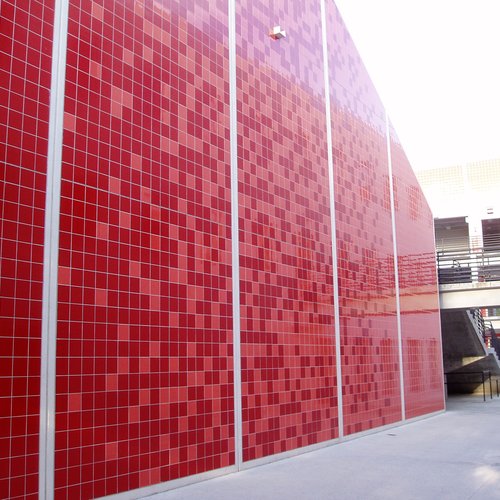 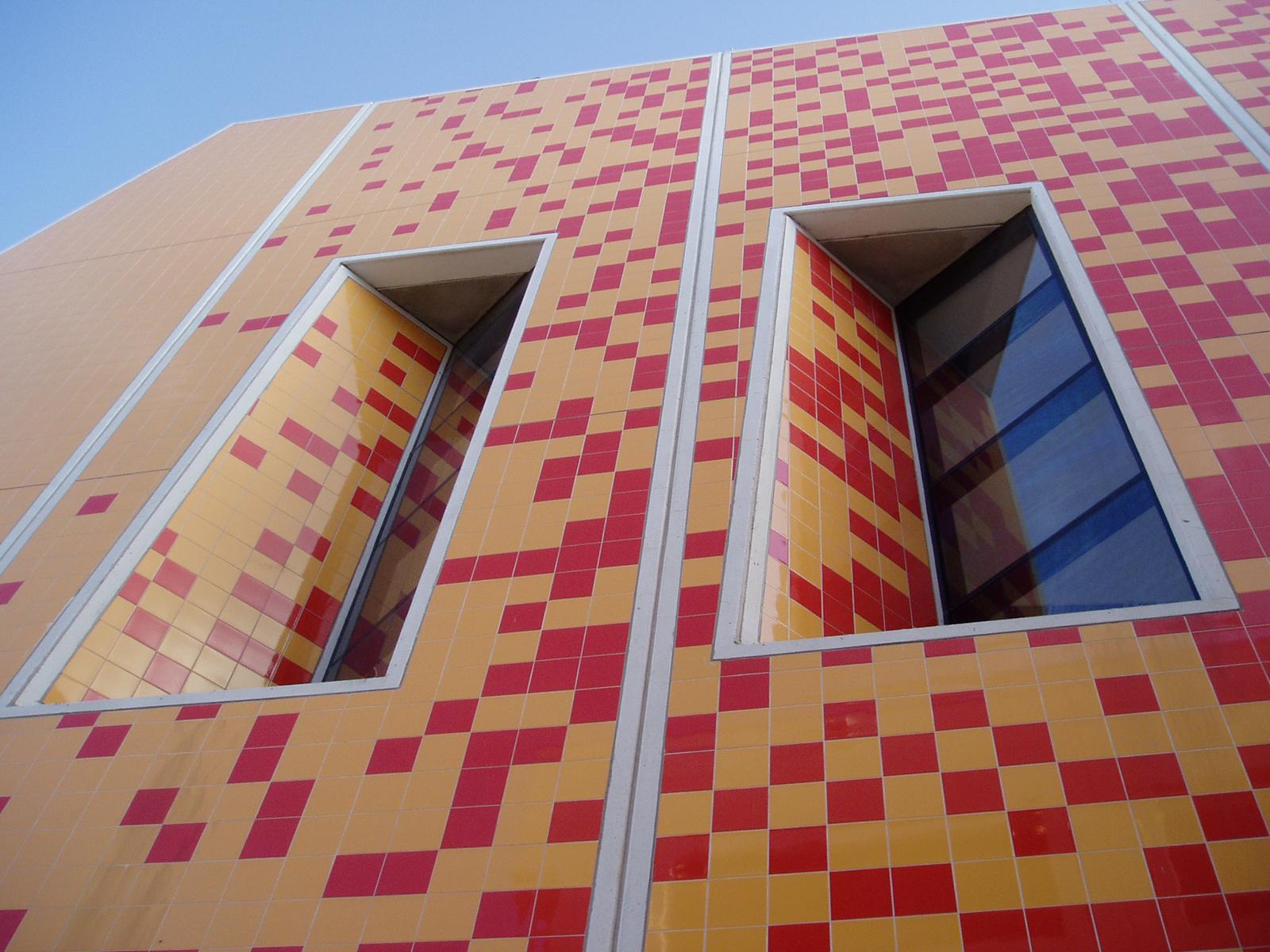 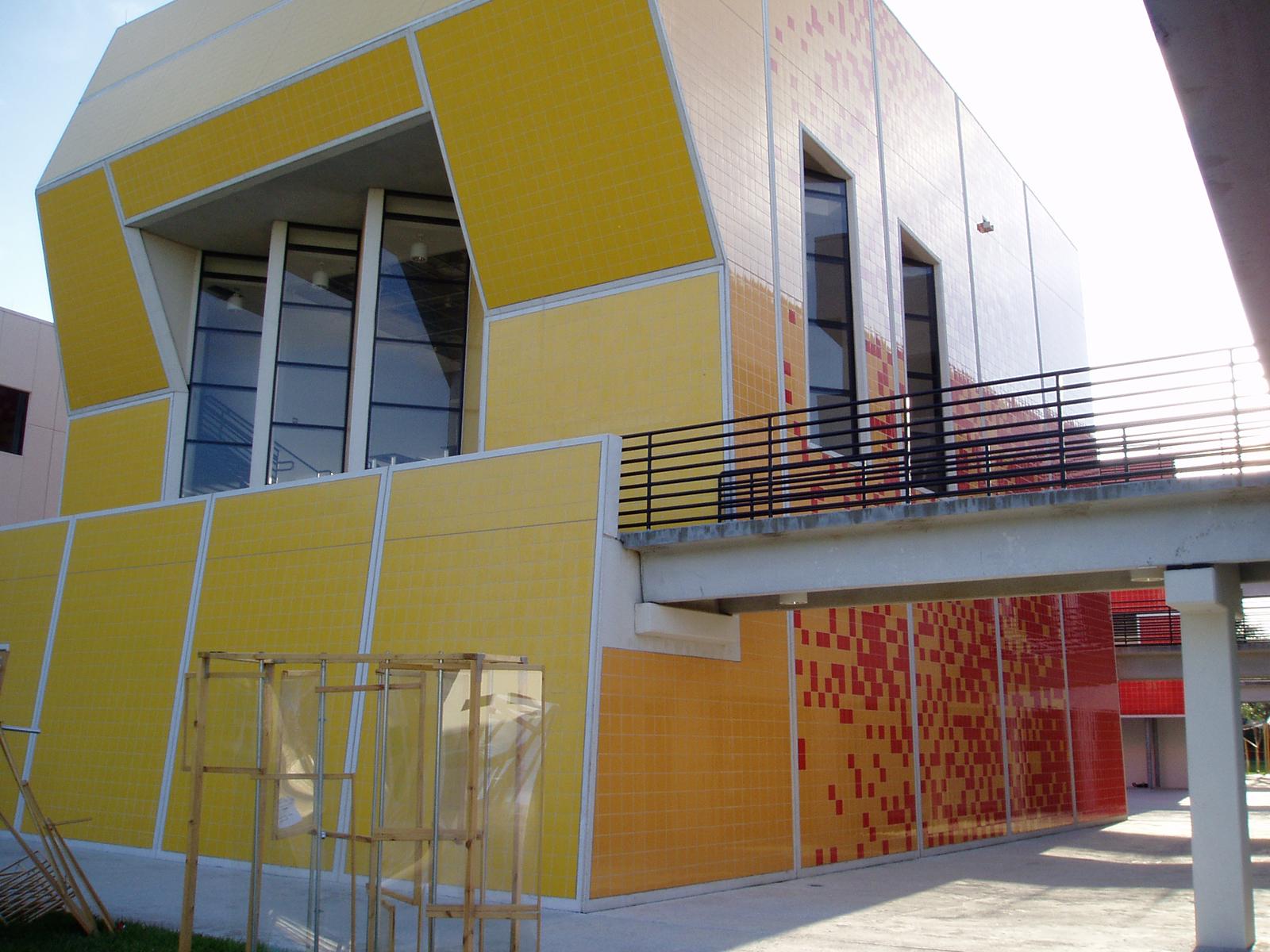 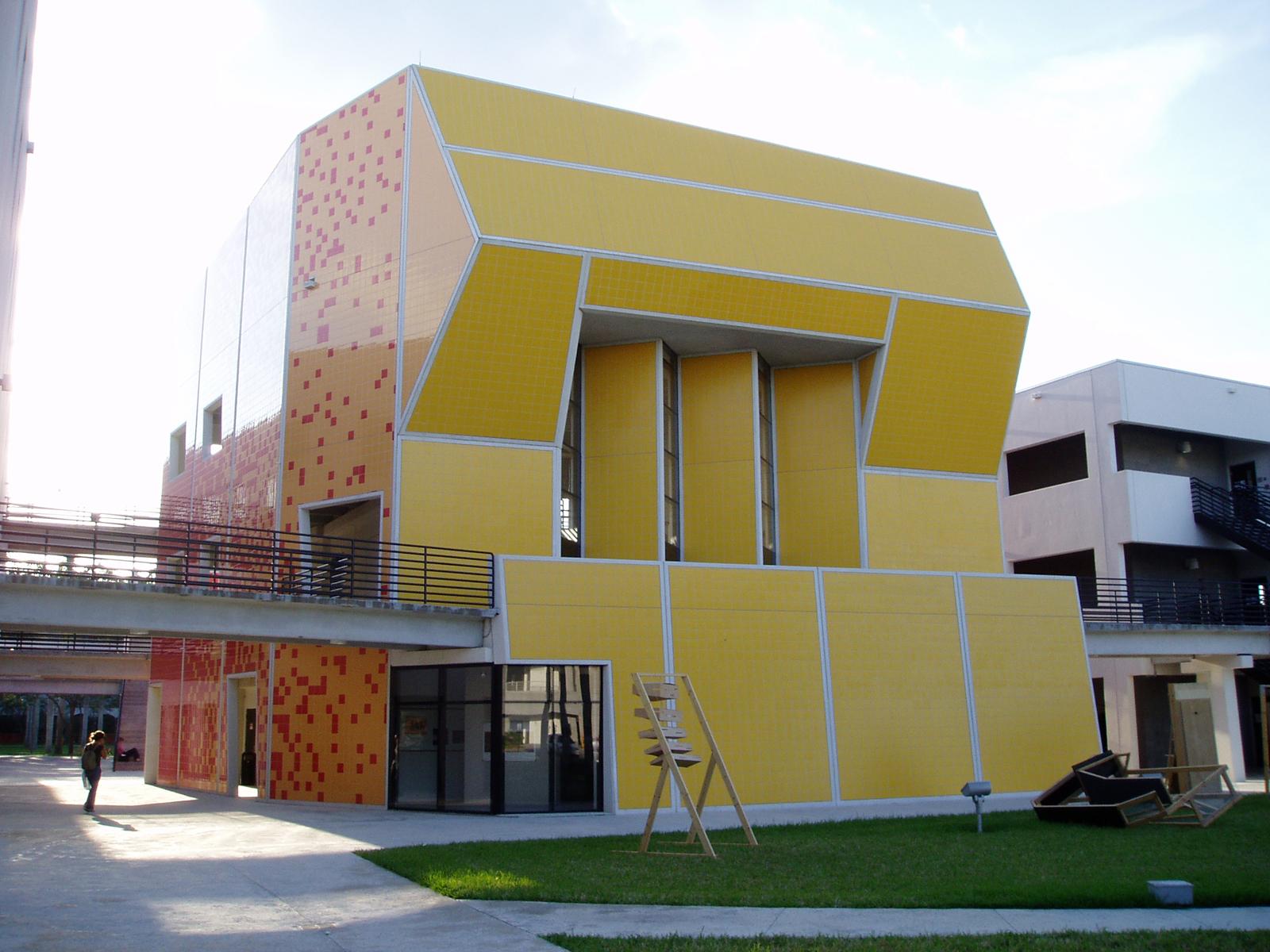 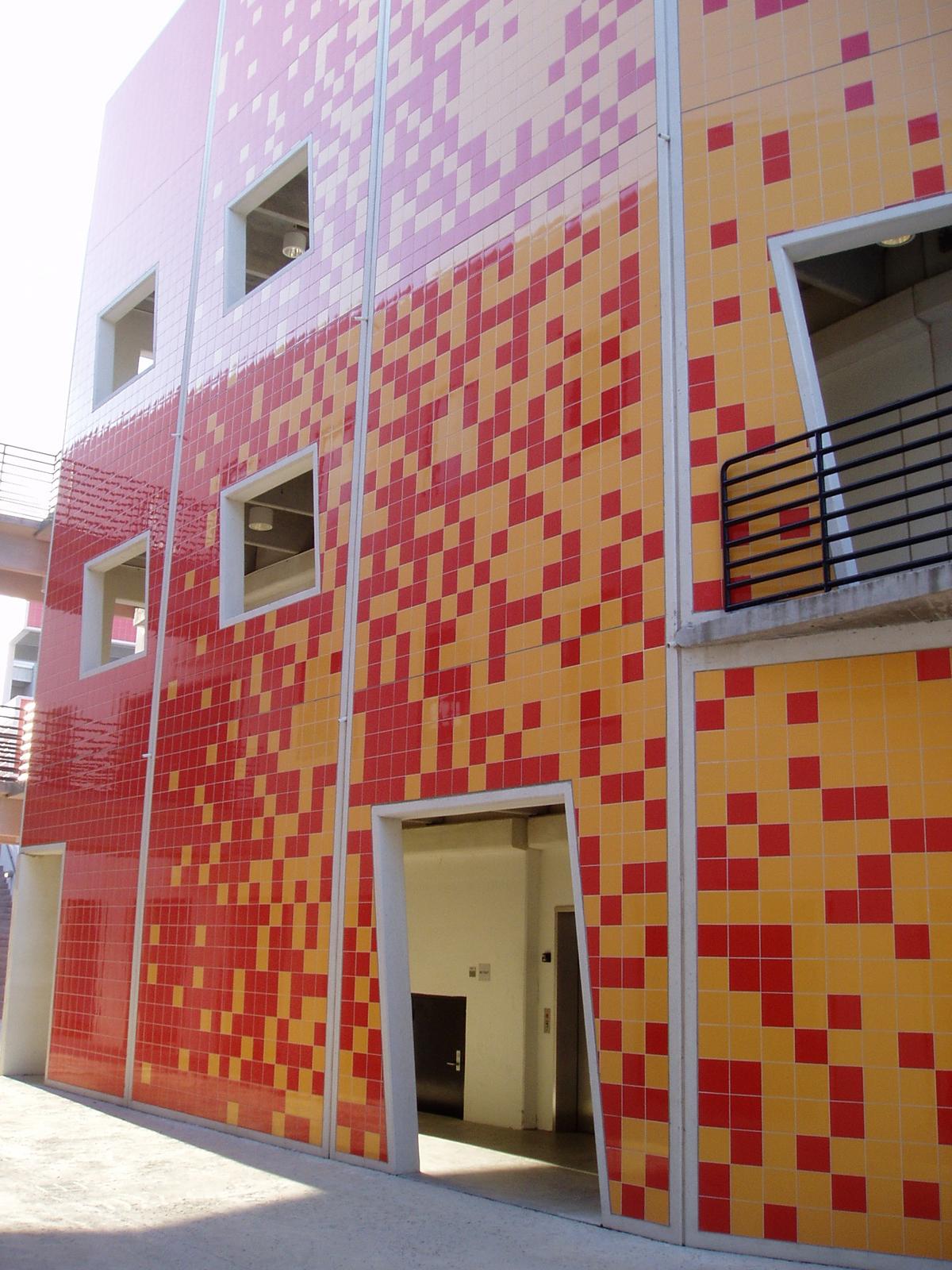 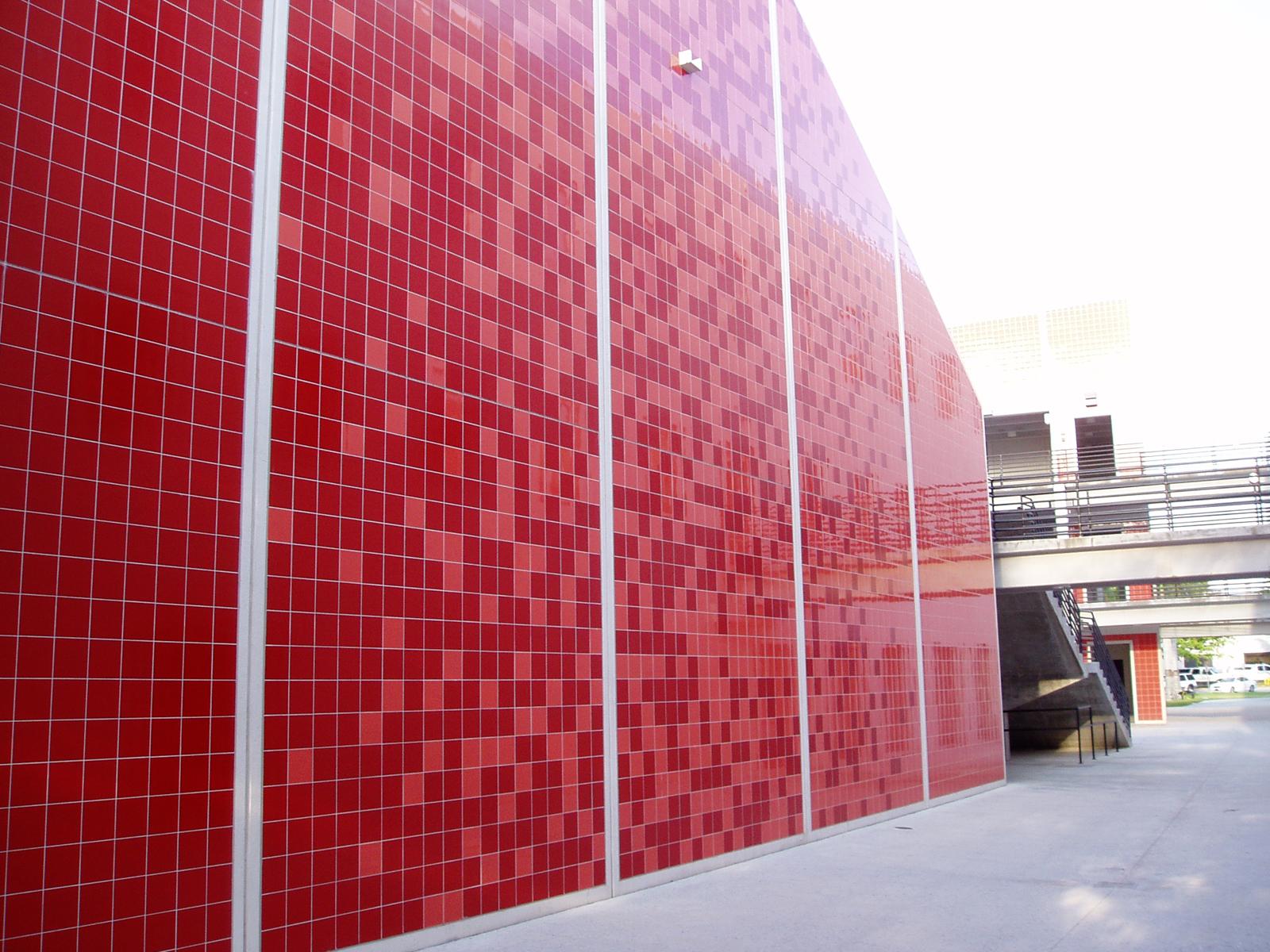 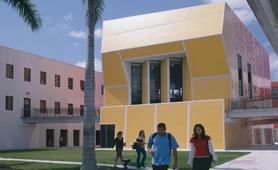 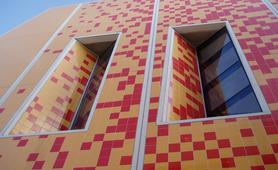 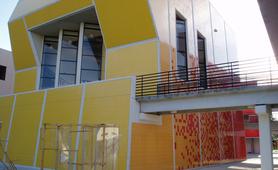 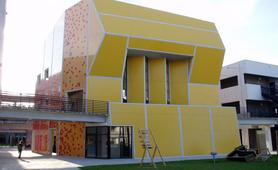 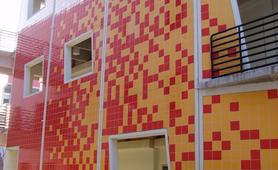 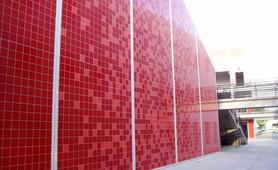 Marazzi for The W.I.N.D. House at MDFF article suivant